Recently, Mineral Resources and Energy Minister Gwede Mantashe said the licencing threshold would be raised from 1MW to 10 MW. At the time he said that many in the market expressed they were not yet ready for 50 MW – which is the minimum capacity that the business sector wanted. They received double that in an announcement by president Cyril Ramaphosa on Thursday.

Ramaphosa said that companies made submissions to government and demonstrated that they had the ability to generate more energy. This in part motivated government to raise the threshold beyond 50 MW. A month-long bout of load shedding – which escalated to Stage 4 on Wednesday – may also have proved instrumental in the decision.  “When the president was twisting my arm to move in this direction, I ultimately agreed,” Mantashe said at the briefing on Thursday. For comparison, 100 MW could power two large mines in South Africa. One of Koeberg’s two units produce 900 MW – so just nine companies could together produce a similar load.

Companies will still be required to get a permit to connect to South Africa’s grid, to ensure there is grid compliance, he explained. But this will be much less onerous than getting a licence, Ramaphosa said. They will also be able to sell power to others, subject to charges and connection agreements with Eskom and relevant municipalities. The first permits should be issued within three months, he said.

The measure is expected to remove a “significant obstacle” to investment in embedded generation, Ramaphosa said. The final version of the amendment to Schedule 2 of the Electricity Regulation Act, which enables the change, will be gazetted by the Department of Mineral Resources and Energy within the next 60 days, or sooner. The Minerals Council South Africa and BUSA have both welcomed the move. The Minerals Council estimates the development could lead to investment in new projects of about R27 billion. Previously the council said that mining companies have a pipeline of energy projects totaling about 1 500 megawatts that could be brought on stream within nine to 36 months.

A study by Meridian Economics found that if restrictions on embedded generation are lifted to 50 MW or higher, it could raise as much as 5000 MW to the grid. In a separate statement BUSA said the regulatory amendment would ensure security of supply, investment, and growth, and up to 16 000 jobs can be created.BUSA has also urged government to publish the amendments within 30 days.

Ramaphosa said the additional energy supply would help reduce the burden on Eskom. “Our economy will be a winner. Eskom will emerge a winner. Some will argue we are taking bread out of Eskom’s mouth, no we are not,” Ramaphosa said. “We are adding capacity to Eskom.”Asked if this could start a death spiral for Eskom – with its large mining customers potentially now getting their electricity from other companies – Ramaphosa said that this may be a rebirth instead.

“There is nothing that stops Eskom from getting into renewables … Eskom has a great future going forward. “He explained that the unbundling of Eskom into three entities would also allow more independent power producers and competition for Eskom in the generation space, which will ultimately be good for consumers. “This is not the privatization of Eskom, by no means no. It is not the death spiral of Eskom. It could be the rebirth of Eskom. “Eskom needs to shed a portion of its skin to emerge as a new energy generator.” 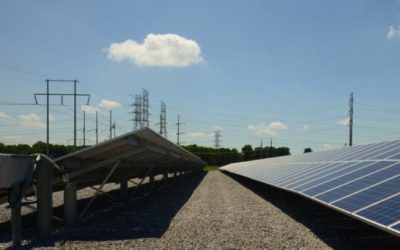 Powering On with Grid-Forming Inverters

Powering On with Grid-Forming Inverters JANUARY 4, 2021   To restart the grid after a blackout, grid operators...